Its a baby boy for Kansiime and Skylanta!!

Forgive me, I lost my temper…Gospel Artist Kasolo apologizes

MOI LEGACY – Since the demise of Kenya’s ever longest reigning President Daniel arap Moi on 4th February, 2020, Kenyans from all walks of life have been allover mainstream and social media reflecting on their own individual experiences during Moi’s presidency.

While the former President’s legacy will remain divided among the so-called Moi era generation, both groups have at least one or two nostalgic memories they share about Moi.

Notable among these shared memories that every Moi-era kid can quite relate well with, is Nyayo Milk or ‘Maziwa ya Nyayo’.

Many of those whose memories haven’t began fading due to among other factors old age, can remember well when that KCC truck used to drive into the school compound, mostly Thursdays, and every pupil regardless of whether there was a teacher in class or not, would jump through the windows singing in a loud chorus, “KCC!..KCC!…”.

Normalcy would only resume until after the truck was done offloading and left, and everybody in the school served with a packet marked ‘school milk’. Beautiful memories indeed!

But unknown to many, as the then school kids kept on looking forward to the weekly KCC truck visits, rural parents on the other hand, had their own weekly visitor whose coming they too longed for.

This visitor was in the form of a banking van that used to come to the village to serve residents with their financial needs ranging from depositing/withdrawing money, cashing/depositing cheques, applying for loans and what have you.

Basically, the van was a mobile bank of a sort moving from one village to the next serving customers with their respective monetary needs.

Sounds like a 17th century tale? Well, it was during Moi’s time when banks were few and scattered across the country and majority of the rural population were unbanked and with no or little access to financial institutions.

Banks almost by default belonged to the rich and the privileged, as the poor had their banks mostly under the mattress.

Kibaki-era liberalization of the banking sector

This phenomenon would only change after President Mwai Kibaki’s administration took over power in 2003 and liberalized the banking sector which saw many banks emerge as a result including in some rural areas.

By the time Kibaki was handing the baton to President Uhuru Kenyatta in April 2013, the banking sector landscape had entirely changed and a new technology-powered mode of banking was right in the offing.

This mode is none other than mobile banking that has further evolved into mobile apps that allows you to access a whole lot of financial services right from your mobile phone.

A case in point that almost every Kenyan smartphone user can relate with, is digital loan apps like OKash, OPesa just to name but a few.

Just to paint a good picture of how far we have come from as a country, today, with an app like OKash which is available on Google Play for free download, with a mere tap you can access a loan of up to Sh50,000 in less than 5 minutes.

But wait before whistling…We are not yet out of the woods! What about those that don’t own smartphones and who happens to be the majority of the Kenyan population? Does it mean they can’t access digital loans? 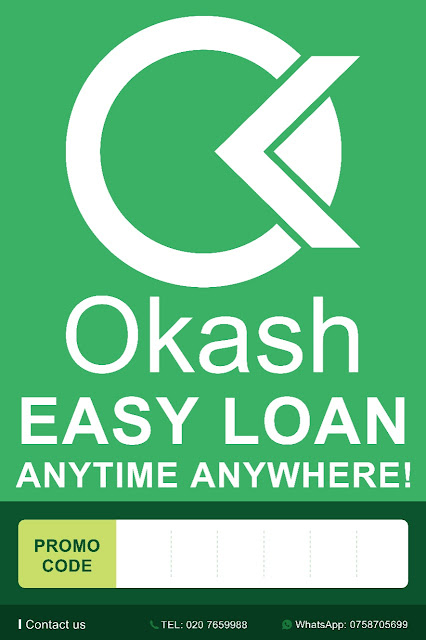 Unfortunately, that was the case until OKash recently introduced ‘OKash Mashinani’, an agency lending method developed and designed to reach out to Kenyan borrowers at their convenient places including people without smart phones and knowledge on how to use the OKash App.

Pretty good news there! Now you can whistle because it looks like we are now out of the woods! Aren’t we? 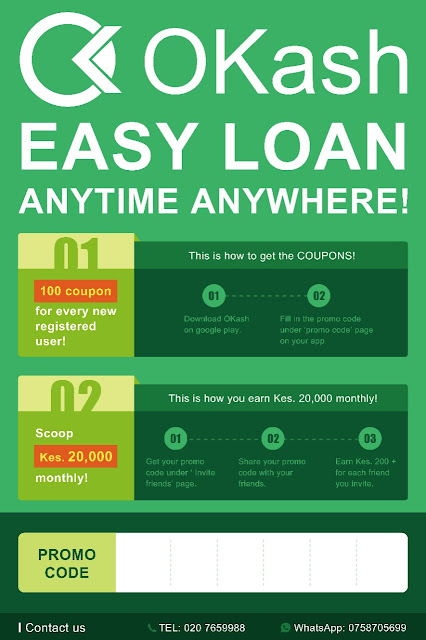 Do you want to be OKash Mashinani client or agent, the requirements of each and the benefits you stand to accrue?

Well, click here to get all the details or contact OKash Mashinani Support Team via the below listed platforms. Meanwhile, let’s wish and hope that President Moi is already Resting in Peaceful Eternity till we meet again even ahead of his final burial rites on Wednesday.

Ndung’u Wa Gathua is a professional journalist with over 7 years experience in Online Journalism as a Writer & Editor. Do you have a great story you would want him help you tell the world online community? WhatsApp news tips to: +254 720 826 794.

Experienced Writer who calls it as it is. You have a story that you would want featured?Contact us.

Why OKash is among exhibitors, sponsors of the ongoing 5th Africa Credit Information Sharing conference